The main causes of avalanches 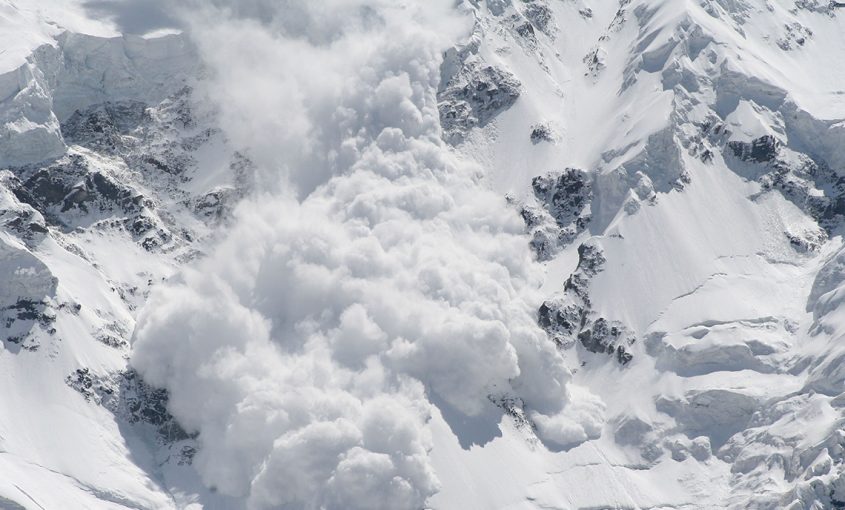 SNIPER Technologies are specifically designed for security and prevention in mountain environment, a fascinating territory, but, at the same time, characterised by various dangers, among which stands out the one made up of avalanches. This phenomenon occurs because of the breaking of the snow cover, that makes a mass of snow or ice slip down to valley, with catastrophic consequences for anything along its path. As a matter of fact, during the descent the avalanche can become bigger and reach speeds up to 300 km/h. There are several reasons why an avalanche happens.

The most common reason of detachment is the excessive snow load above a slope, a risk that increases strongly with the declivity and in the leeward sides of the mountain, because of the wind accumulation of snow. Even heavy snowfalls on already snowy slopes represent a strong avalanche risk: as a matter of fact, the reduced cohesion between the two layers of snow formed after a snowfall determines the non homogeneity of the snow cover and, as a consequence, the downstream slipping of the surface mass. Not only the snowfalls, but also rain and wind can advance the instability of the snowy slope. The earth heating is another factor that often originates avalanches; as a matter of fact, with the temperature rise that is typical of the central hours of the day, especially in spring time, the stability of the snowpack decreases, above all in the sides of the mountain facing south.

Those just listed are the main natural causes for the avalanche detachment, but it is necessary to mention another dangerous phenomenon that has become popular in the last few years and that originates avalanches with very serious consequences: the passage of off-piste skiers. In Italy the national law 363/03 imposes to the manager of a ski resort the constant maintenance of the ski slopes to ensure the safety of people who ski, and it does not consider the manager responsible for any accidents if the prescribed requirements are met. Skiing off-piste means consciously giving up to this security to get the privilege to descend of a “clean” snow, with the risk, however, to cause avalanche phenomena involving other people and structures. Indeed, the triggering factor can be just the simple weight of the skier, often amplified by his downstream movement and by rude or incorrect movements.

SNIPER technologies are inserted into this context as valid preventive answer to the avalanche risk. To limit the danger is the key function of SNIPER System, that has the specific task to secure the areas prone to the avalanche risk. SNIPER products can be used with optimal results since the first snowfalls, allowing to keep the territory safe from dangerous accumulations. The blasting mission, handled by two suitably trained operators, allows the emergency management in a very short time, giving the possibility to institutions and companies to provide to their customers a reclaimed territory, safe and ready to be used.

Posted on 21 August 2017 by SNIPER Technology